On February 27, 1916, it was decided to establish a second Catholic congregation in Marshfield.  It was named Sacred Heart of Jesus.  Two buildings would be built.  A parsonage (rectory) and a second building consisting of a school, church, Sister house and hall.  The first Mass was sung on Christmas Eve in 1916.

By 1922, the school building was overcrowded.  St Hubert’s Convent was built in 1924 for the School Sisters of Notre Dame, which freed up 4 more rooms for classes.

In 2001, with an enrollment of 34 students, the school was closed.  Youth Net, an after-school program for at risk children, leased the building beginning in 2004.  The school building’s infrastructure continued to decline.  The Marshfield Clinic/Marshfield YMCA built a new facility for the Youth Net program and they moved in August 2018.

A long-range planning committee looked at different options for the future use of the school building.  The building was in need of many costly repairs and was not accessible for people of varied abilities.  It was ultimately determined that it was not feasible to remodel the building to meet future needs.

The Future Family Life Program (FFLP) was created to advance the growth of our parish family and to ensure that future needs would be met.  Three phases were identified to achieve this goal:

Phases 1 and 2 have been completed.  Architectural plans for a new hall have been submitted to the State for approval.  The Diocese will then review the plans and then bids can be solicited.  Once the Diocese determines that we have at least 80% of the cost to complete our building, we can get our permits from the city and begin construction.

The pandemic has disrupted the availability of supplies and spiked the cost of supplies that are available.  It is important that we practice due diligence and not start construction until the supply and cost of building materials level out.  We continue to raise funds and thank everyone for their continued generosity. 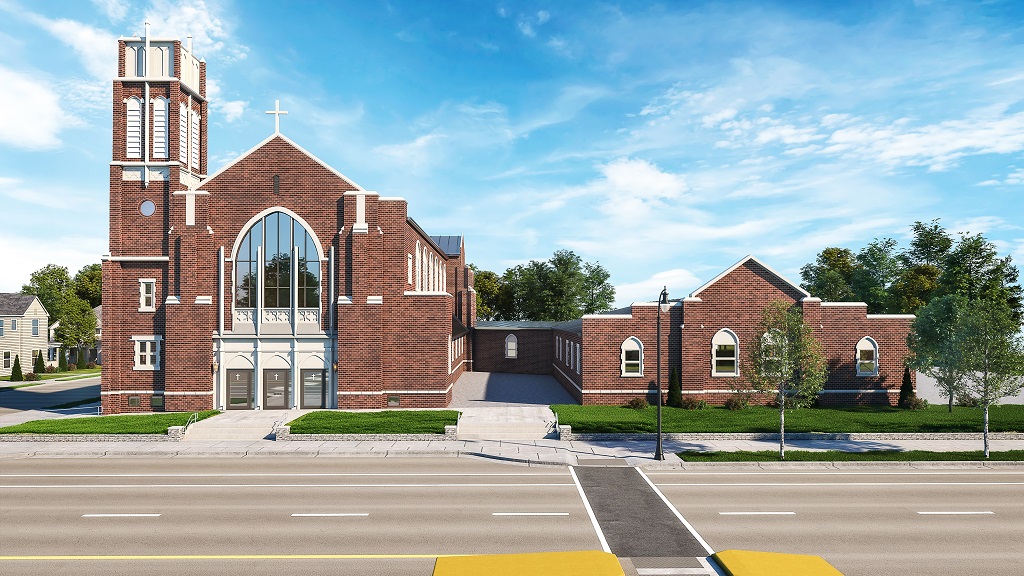